Owners Article “Anticus” – taste of life on the open waves

A life on the ocean waves

Well if truth be told not quite a life time and not quite an ocean!  From Queenborough to Calais took 2 minutes short of eight hours, 4 of which were spent crossing the English Channel shipping lanes at as near to 90degrees as we could manage. Apparently anything less direct would ensure the wrath of the authorities, and confuse the skippers of the HUGE boats that were travelling east to west and west to east. Surprisingly the large boats were few and far between. I reckon we saw about 8 in the Channel and only got close (0.5 mile) to a couple of them.

The crossing was more challenging in the weeks leading up to it than it was actually piloting Anticus across. I seemed to have checked and re-checked the weather ever hour (at least) trying to find a weather window that would allow us across. Anticus is built to operate and insured to use in winds of up to 13mph (force 4 on the Beaufort scale). Not only this but as autumn is fast approaching then we have to consider daylight hours – and therefore not fighting against the tide too much. This gives us a couple of tidal opportunities each month where we hope the wind is blowing fair.

When we rounded Ramsgate on the north east corner of Kent the wind freshened slightly and the waves increased with the odd white horses across our path. So started four hours of rocking and rolling – I’ve not done that since a youth club disco in 1976 !

The dotted line show our route

Anyway, in Calais we duly arrived, moored in the inner harbour next to the ferry terminal and eventually moved through a lock onto the Canal de Calais, where I was to wait for a couple of days for Nicola to come over. She was braving the wilds of the high seas on a P&O ferry !!

Finally I must here give out some thanks. To David Piper for his superb nautical skills and his unfailing acceptance of all the responsibilities of Admiral, and also for his great company over the two nights and a day he was lodging in the Master Cabin. Also to Mark my brother-in-law who kept the tea brewing, a weather eye out for waves and ships and accepted his fate by kipping in the wheelhouse. Praise is also due to Simon and Andrea Piper and all the lads and lassies of Piper Biddulph who have produced a vessel that has not only met but exceeded our expectations, and, if only briefly, gave me a taste of life on the open waves.

Whilst sat in rural France I’ve just collated a few facts from out time on the non-tidal Thames, from launch in June 2018 to passing through Teddington Lock at 7am on 2 October 2019 :

Total number of locks passed through     186

New friends made – too many to count.

Beer and wine drunk – too many to remember. 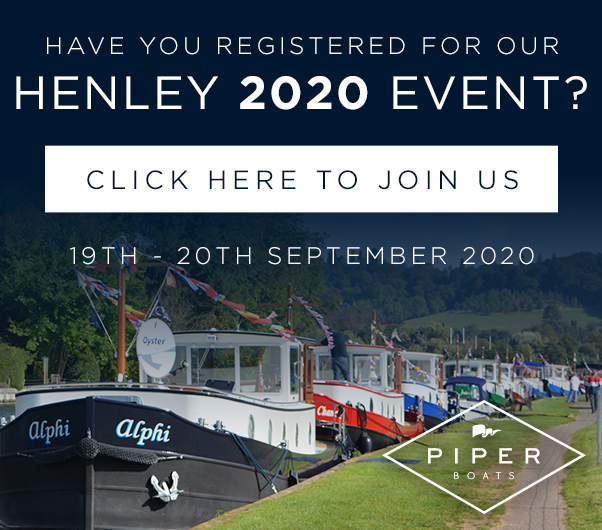